Create an Account - Increase your productivity, customize your experience, and engage in information you care about.

During the last year, the Army Alliance continued its effort on the state and federal level to advocate for issues that would benefit APG, its tenants and their missions, and/or the surrounding community. While not a specific initiative, the Alliance has been monitoring the establishment of the Army Futures Command (AFC) and its impact on APG. We will continue to monitor AFC’s efforts and look for opportunities to engage with AFC leadership to champion the missions and capabilities at APG.

In 2018, we continued our advocacy for demolition funding and improved federal hiring to support APG workforce development. Our multi-year effort to increase funding for demolition of contaminated buildings in the Edgewood Area resulted in language specifically identifying funding for APG and clarifying the intent of the Army to continue annual funding. An initial $50M in funding was received, which led to significant efforts in completing final characterization and initiating demolition this year. Thanks to Congressman Ruppersberger’s office for championing this issue.

APG’s number one non-funding priority has been support for its workforce recruitment and development. The Alliance was successful in advocating for expanded direct hiring authority for DoD. Such authority permits DoD to hire directly (not through USAJobs) certain technical positions and has been used quite successfully during APG job fairs over the last year. Army Alliance has also been meeting with various Congressional committees and senior officials of the Office of Personnel Management (OPM) to push for USAJobs improvements. Additionally, the OPM report to Congress that we successfully advocated for last year has just been released – thank you to Congressman Harris. As a result, we will continue our efforts this year to increase momentum for change to improve APG’s ability to hire its needed workforce.

Lastly, we were successful in protecting the Department of Homeland Security (DHS) funding for the Chemical Security Analysis Center, a critical national security asset based at APG.

In the coming year, we will work to increase funding to sustain and modernize APG’s labs and test facilities, which provide core capabilities to the Army’s RDT&E efforts. This funding is critical for improving network infrastructure essential to the APG missions. Additionally, the Army Alliance is advocating for funding to support APG’s Energy and Water Security Plans, which include privatization efforts for utility infrastructure.

Our top issue Maryland initiative is our continuing advocacy for further reductions in the taxability of military retirement income in Maryland. While we were able to increase the exemption amount last year, we were not successful in providing further reductions this year. This issue will be our focus in Annapolis again next year until we secure the exemption that military retirees in other states enjoy. We appreciate the support from several board members in speaking in Annapolis on the critical nature of this issue. Getting Maryland on par on this issue with other states including Pennsylvania is essential for APG and our defense community’s future workforce recruitment.

The Army Alliance also advocated through testimony and/or letters of support for several other bills – which, regrettably, did not pass this year as well. First, HB 152/SB 167/HB 440, the Pathways in Technology Early College High (P-TECH) Expansion Act of 2019, would have expanded the P-TECH program that is currently in its pilot phase. We expect that this effort will be successful in the future after the pilot is further along. Economic Development - Regional Advanced Manufacturing Partnership of Maryland (HB 1172/SB 680) would have provided the foundation for the development of a statewide model. We were able to provide information on the value of both measures that will provide the foundation for their introduction again in 2020. 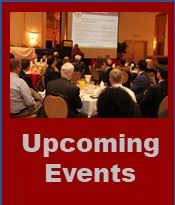 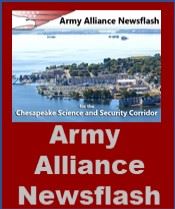 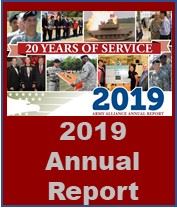 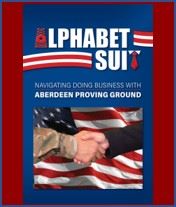 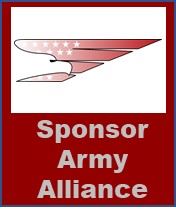